If you have ever taken a college level business course, there’s no doubt you heard a lot about the importance of branding. It is one of the most essential ingredients in a successful business. Branding builds recognition. This gives you legitimacy and the benefit of instant trust with potential new customers. Branding helps set you apart from your competition. This tells your customers what to expect and how your different than your competitors, hopefully in a good way. Without branding, you’re a “nobody” in the business world.

Having said the above, branding is not enough to make your business a true success, even if you are a master at branding or have a company working for you who is. Yes, you CAN make a nice profit using just solid branding techniques. However, for your business to really take off, you will need to find some way, or multiple ways, to make people LOVE you. If potential customers and clients don’t love you, they won’t choose your business or buy your products, at least not in the masses you’d probably like them too, because there is a vast sea of other branded businesses and products out there competing with you!

You have to go beyond branding to really stand out. You have to get people to genuinely LOVE you and be loyal to you!

To illustrate better what we mean, let’s explore a good example from the world of TV commercials. Since TV commercials are very costly to produce and cost a lot each and every time they air, they are usually created by some of the best marketing minds around.

This old dog has been around since 1955, with a recognizable name in multiple countries for most of that time. However, supplemental life insurance isn’t exactly a flashy product! Neither are some of the other insurance policies they have branched into over the years. Aflac’s business was solid and slowly yet steadily growing for decades since they did have a respected brand and they offered products that people can’t really avoid needing. In fact, they reached a significant milestone of $1 billion in assets in 1982.

However… it was not until they launched the Aflac Duck commercial campaign on January 1, 2000, that people really began to LOVE this venerable company! Well, they loved the Aflac duck, and by association, they began to love Aflac. This adorable clumsy duck showed sassy attitude by uttering just one word over and over, “Aflac, Aflac, Aflac!!” He quickly won the hearts of people everywhere, and this LOVE, this crazy talking duck catapulted Aflac’s business into the stratosphere.

After the Aflac duck was shown on televisions in Japan in 2003, Aflac became the number one insurance policy in that country within just two years. The Japanese are absolutely crazy about the Aflac duck. Likewise, after the launching of Aflac duck commercials, Aflac was named one of the “World’s Most Admired Companies” by Forbes Magazine, not once, but THIRTEEN times!

Really think about this. For more than forty years, Aflac was a solid company with respectable profits that showed a slow and steady incline. However, it wasn’t until the company adopted a cute clumsy duck as their mascot that they became an overnight rock star with a landslide of billions of dollars in profits to prove it!

LOVE is the difference between doing good and doing absolutely FANTASTIC!

Now let’s look at an example from the Animal Kingdom.

What is the very first thing that pops in your mind when you hear the name, “fiddler crab?”

If you’re visualizing a little crab with a great big claw, you’re right? The fiddler crab has a claw so big, it looks like it might make the little crab topple over. It’s almost comical in fact to look at… almost hard to believe nature would concoct such a thing until you see it.

Well, that’s the “brand” of a fiddler crab. It’s known the world over, even by people who have never seen a fiddler crab in person, because of this extra large claw.

What the female fiddler crabs actually look for is which male can wave his enormous claw the best! Yes, the female has to first recognize the “brand” that is the enlarged male claw to know she’s looking at a male fiddler crab but she makes her decision on which male to mate with based on which wave behavior really stands out as the best in her mind!

Think about this the next time you are deciding how to handle your marketing. Having the biggest best brand does not necessarily mean you’ll get the most attention by the pool of potential customers out there. You need to know how to wave that big beautiful brand around to make the connection and get that customer LOVE!

How Do You Generate LOVE?

In most cases, you’ll need to think outside the box… be brave enough to be different… maybe even break some “rules!!”

For a good rule breaking example, let’s look at one of the biggest rule breakers out there!

Business schools usually teach students to never significantly alter their logo. The rationale is that your logo is part of your brand, and if you modify your logo, it will make your brand murky, or even interfere with the branding process.

Google’s official logo is very simple. It’s their name spelled out in brightly colored blocky letters and usually displayed on a stark white page. However, as we all know, they love to play around with their logo for the holidays. They also alter their logo to celebrate famous people, commemorate historical events, have fun with sporting events, and sometimes just for some eclectic reason seemingly on a whim.

These logo alterations have become affectionately known as “Google Doodles” and people absolutely love them. It’s always a fun diversion when one pops up unexpectedly.

In creating these Google Doodles, they break all the “rules” taught at business schools the world over about never altering your logo. They mutate the letters, turn letters into abstractions, and hide a reminiscent version of their logo in various styles of graphics. Sometimes they eliminate the letters altogether. Once, they substituted a play button that played a G major scale on the guitar when you pushed it! To celebrate Louis Braille, all you saw was dots when you pulled up the Google site!

Google also does other big “no nos” when it comes to altering their logo. They sometimes animate their logo and they encourage kids to monkey around with it by sponsoring a contest at different grade levels to design the best Google Doodle! Users from all over the world then get to vote on the ones they like the best! People really get into it and they LOVE them for it! Not only do they love the doodles, they LOVE the fact that Google is such a rule breaker!

You GO Google… alter that logo! It won’t actually hurt your brand, it will only make us LOVE you all the more!

Google has never been afraid to be different. Their corporate culture is unlike any other! They have a real fireman’s pole in the middle of their building so employees can slide down to the next floor instead of taking the stairs! They don’t just offer a workout room; they offer a nap room and a place to get massages! Yes, employees are encouraged to sleep on the job! Obviously, they think outside the box.

Google’s employees love them and Google’s users love them and through this love they’ve become one of the most profitable internet empires in the world! Google isn’t just another brand. It’s a phenomenon!

Let’s look at another example, an internet company that actually did something that initially annoyed a lot of people. But… this annoyance made them stand out, and this initial annoyance turned into LOVE, at least all the love you can fit into 140 characters!

Yes, we’re talking about none other than the social media behemoth, Twitter!

When Twitter first started out, many people found it incredibly restraining, down right irritating in fact, to use only 140 characters to compose a thought. They begged Twitter for more characters. They griped about it with extremely long rants on various boards. The news media had a field day. However, Twitter held fast and refused to bend on this issue. Basically, they took the attitude that you could either use up to 140 characters or don’t let the door hit you on the butt on the way out!

They became one of the most LOVED companies in the world!

It is fair to say that Twitter became famous for strictly limiting the number of characters to 140. While this may be viewed as a gimmick by some, this “limitation” challenged people to be succinct. It saved others from having to read those super long posts from their long-winded friends! Twitter found their LOVE in multiple ways by doing something odd and different and sticking to their guns when they winitially encountered criticism for doing so.

No matter what other people say, no matter what the “rules” are, you will serve your business well by thinking outside the box in finding ways to make your customers or clients LOVE you.

All too often in marketing, businesses play follow the leader. They hear that having a newsletter will help them build a list that they can market to so they build a list. They’re that PPC (pay per click) is a great way to get traffic to a new website so they shell out a few hundred (or thousands) for a PPC campaign. They read that putting their keyword in their domain name will help them rise in the search engine rankings so they go out and buy a bunch of new domain names.

While all three of the marketing strategies above do work, they will not make you stand out from the sea of other branded companies who are competing for the same pool of customers. Yes, you would likely see an increase in business if you use these tried and true techniques correctly but there’s almost zero chance you’ll catapult your business to a whole new level using these techniques no matter how well you use them.

To really energize your business in a significant way, you’ll need to truly stand out and get people to LOVE you.

Here are a few random thoughts on things you could do, not that you should actually do them, but we’re throwing them out there just to get you thinking about “oddball” stuff that could potentially make people LOVE you.

These are just crazy ideas off the top our head but you get the idea. Of course, you can also think bigger or you could scale up on a small idea! The main thing is to find something, anything, that will get people to not just notice you but LOVE you!

And remember, the Glasgow Gorilla will be cheering on your success and is always here to help you. Just give us a call. 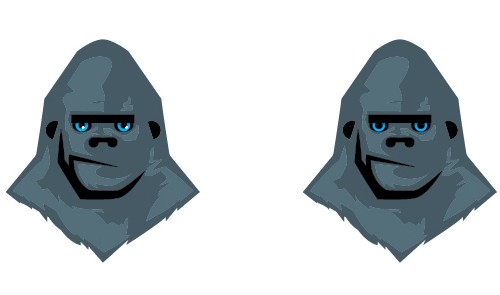 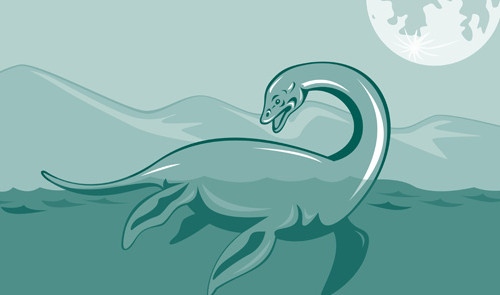